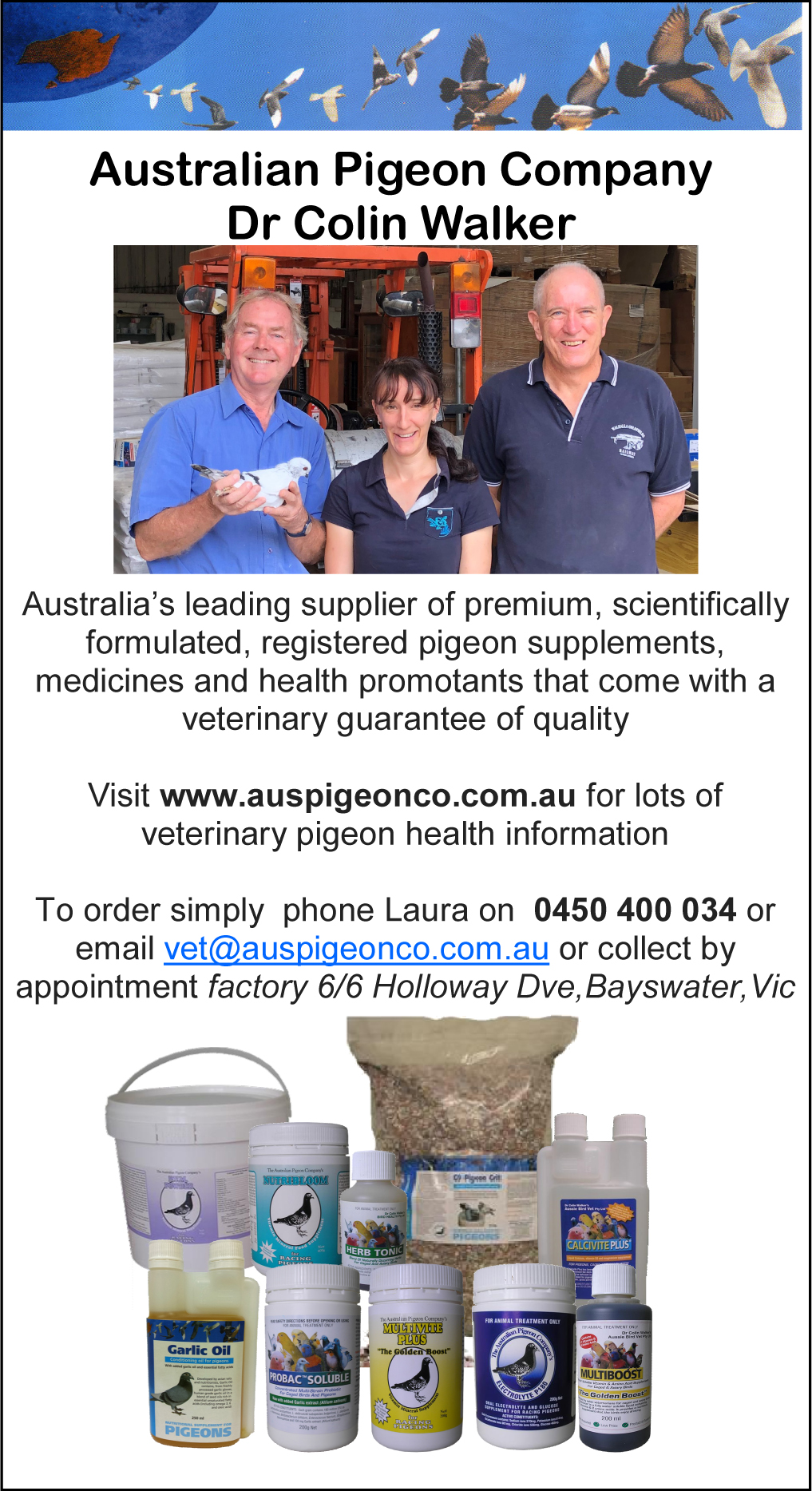 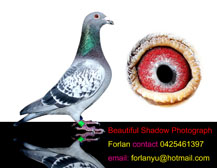 As in our Inaugural Race of 2019, Entry is $100 per entry which must be paid prior to the 18th of September, 2021 with ANY year rung birds being selected on the night of basketing. This is a KEY difference between the VHA110 Race and any other special pigeon race being held. Rather than buying a ring ($) before the baby pigeon is even hatched and then fearing the loss of that pigeon off the roof, losing it during training or lead up races, just buy a position.

If you buy a “position”, you can select any bird in your loft on the night of basketing for the Race to fill that position. You are in control of what birds you want to send to the Race. This gives you the best opportunity to compete in the Race and be successful. You can’t win any race if the ring ($) you bought isn’t even in the race. Buy a “position” and be in the VHA110 Race to “win” some big money.

This year’s Race has been planned for the week following the Cobar National 10 Bird race which is being held on Saturday 9th of October, 2021. This should provide time for most pigeons to have had the experience of flying 300 to 350 miles in prior races and for birds you did not send to the National 10 bird race to have a crack at the VHA110 Race. Our goal is for you to have the most fit birds for this Race taking in consideration the wellbeing of our pigeons for a successful VHA110 Race.

Also, for those that bought birds at our two Squeaker Sales, don’t forget to enter them. By buying these birds at the Sale, these are entered into the Race “FREE”. And for the breeders of these birds, make sure you contact the buyer to remind them to enter the birds. The Prize money split is 50% to the breeder and 50% to the flyer.

Speaking of the Squeaker Sale, next year’s VHA110 Race for 2022 will have three (3) Squeaker Sales. These Sales will be conducted on 5th December, 2021, 9th January, 2022 and 6th February, 2022. Hopefully, by having an early December Sale, it will give our Interstate flyers who finish breeding early more of an opportunity to enter birds into the Sale.

With all that being said, Basketing for the Race will be on Monday 11th of October starting at 5:30pm with all entrants to be at the centre by 8:30pm. Location is at the VHA Headquarters, 26 Business Park Drive, Notting Hill, Vic.

Also, I would like to mention that the 2nd place pigeon was bred by Gerard Thorp of Shepparton (bought at the Greater Melbourne Breeders Plate sale)

and the 4th place was bred by Tony Sofra also of Shepparton.

One last thing, all the details for the VHA110 Race can be found on the VHA website ( www.vha.asn.au ).

That includes the T&C’s and most importantly, the Entry Form. Or, if you prefer, contact one of the following Committee members:

Therefore, in conclusion, the VHA110 Committee would like to “sincerely” thank everyone in advance for entering the VHA110 Pigeon Race and supporting the success of pigeon racing in Australia. We all need to get together to support “all” the special races. Even though you may only put one or two birds into these “special races”, have a bit of fun and maybe walk away with a pot of money!